Support for folder image QR codes, where images can be matched to a folder at import by incorporating appropriately encoded QR codes, was introduced into the software in Version 4.5.

Images can be matched to a folder via either the folder name or the folder key where the QR code is encoded thus:

Figure 1: A folder of images

Upon importing these images the software will read the QR code of the first image and match it to the folder specified in the QR code. (An option exists to not match or even import the "lead" image - this will be discussed later). The next two images are imported and since they do not contain a QR code they will also be matched to the folder specified by the preceding QR. The fourth image again has a QR code and it will be matched to the folder it specifies along with the next image since this image does not contain a QR code. This pattern is repeated for all the other images. The process can therefore be summarised thus:

Importing the images above will therefore give the result as shown below in the screen grab of Match Mode in NeoPackProfessional. Note all images have been correctly matched to their folder 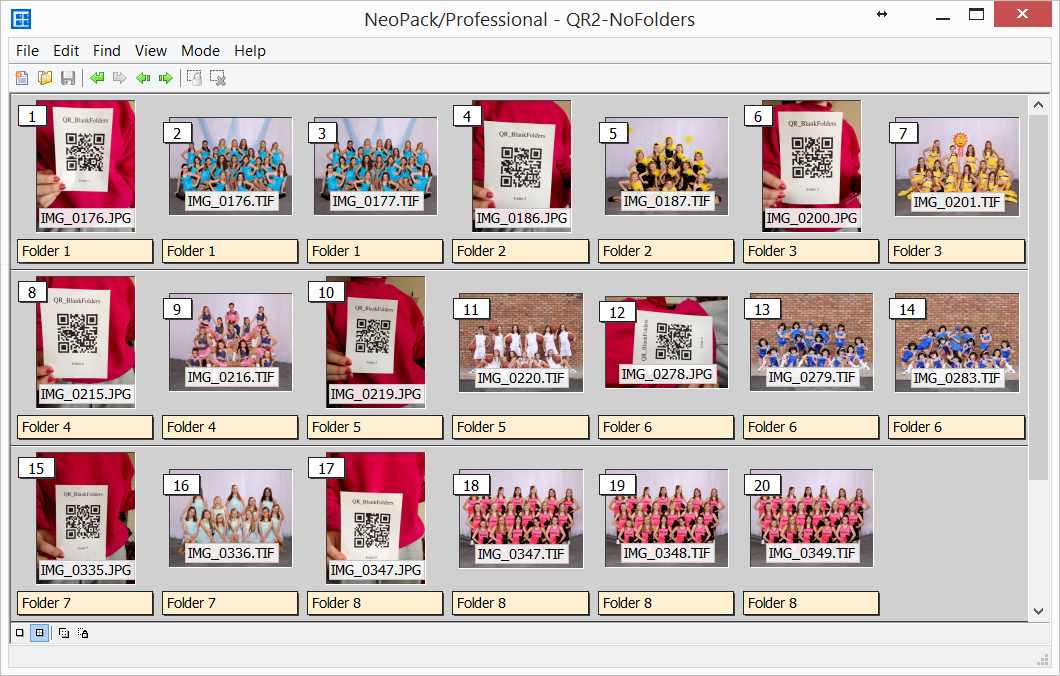 When importing images with a view to matching via QR codes, various options are available. These are set in the Images Import as shown in Figure 3 below.

First and foremost the 'Use image barcode information' must be checked in order to "tell" the software that QR images are about to be imported. With this option checked furtehr options are then available. In most cases only the first, or 'lead' image has a QR code as in the screen grab below. With this in mind the option then exists whether or not to match this lead image or whether to even import it.

The screen grab above indicates the most common import option - where the lead image is imported but not matched. This allows the user to visually reference the QR image if needed but since the QR image is not matched no special handling is required to avoid printing or exporting the image.

As nothed at the top of this document in order for images to be matched to a folder the QR needs to encoded with either the folder name or the folderkey in the following manner.

To this end a tool is available in the template designer - Add 2D Barcode - that allows QR codes to be added to any pack layout or fixed size item in NeoPackProfessional, PackBuilder or DataPost. This allows QR codes to be printed onto shoot cards and order envelopes in the same manner conventional barcodes are printed for use in CapturePost for example.

Whereas it is possible to 'hard code' the folder name into the QR code this has the obvious limitation that the QR encoding would need to be changed for every folder. 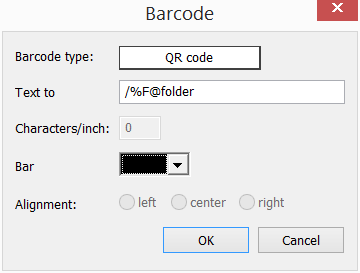 In Point and Click Mode simply select the folder or folders required from the Folder tab. Then click the QR template. A page will be added to the print queue for each of the folders.

In Item Sheets Mode go to File>Print for folder ... then select the folder or folders as required then continue through the setup to print the pages as required