The behaviour of families when merging jobs is a key differnece when comparing Families to Folders.

Example 1 - Families with the same key

This situation will arise when the jobs to be merged have the same origin. Consider the following workflow

An SQL job is created and since the families to be photographed are known beforehand they are added to the job. The screen grab below shows such a job. 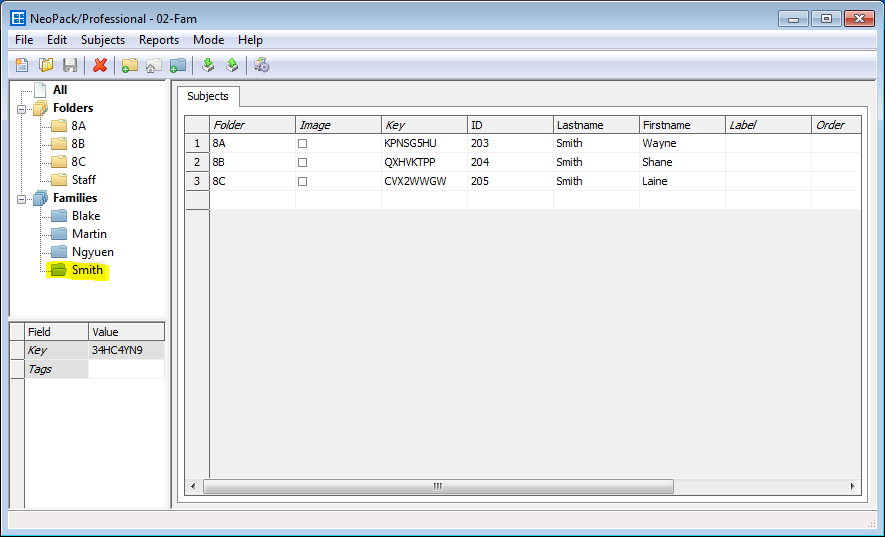 Figure 1: The original SQL job before exporting to tnj. Note the Smith family and its key

The job is then exported to tnj for use with CapturePost. The screen grab below shows the Smith family in the tnj files. 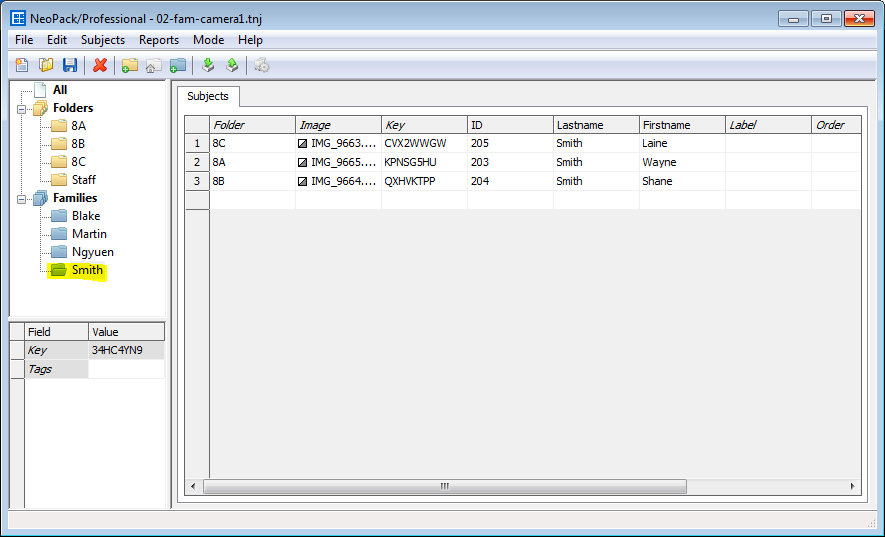 Figure 2: The tnj file after photography. 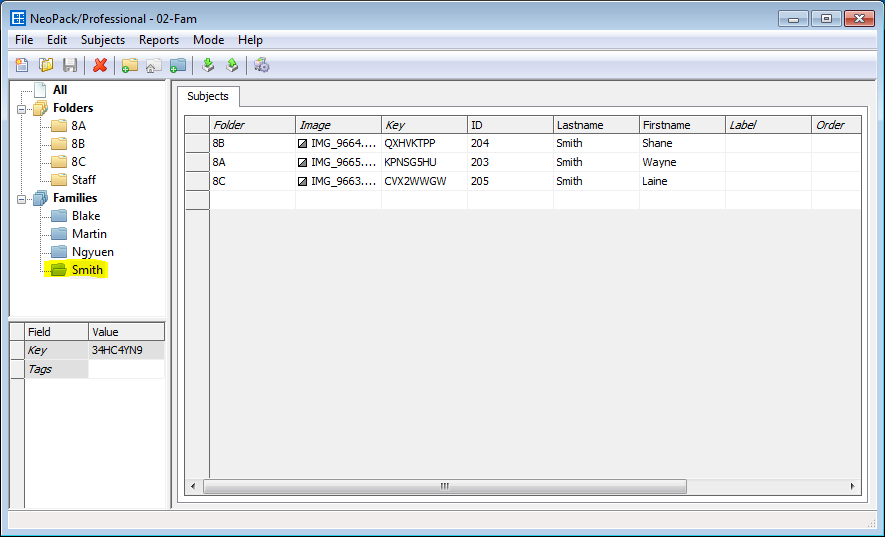 Figure 3: The SQL job after merging.

Example 2 - Families with the same name but different key

There will be occasions where families in two different jobs (be they SQL jobs or tnj files) have the same name but different keys. In this case the families will not merge but will instead be added.

This approach caters for situations where different families may legitimately have the same name. In these cases families should not be merged.

The following three screen grabs show the folders and families for two jobs and the result of merging one into the other. 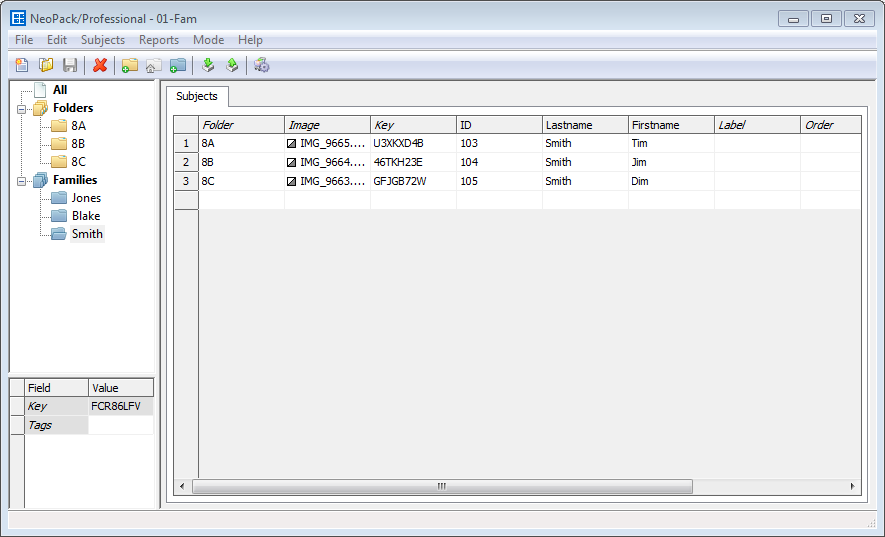 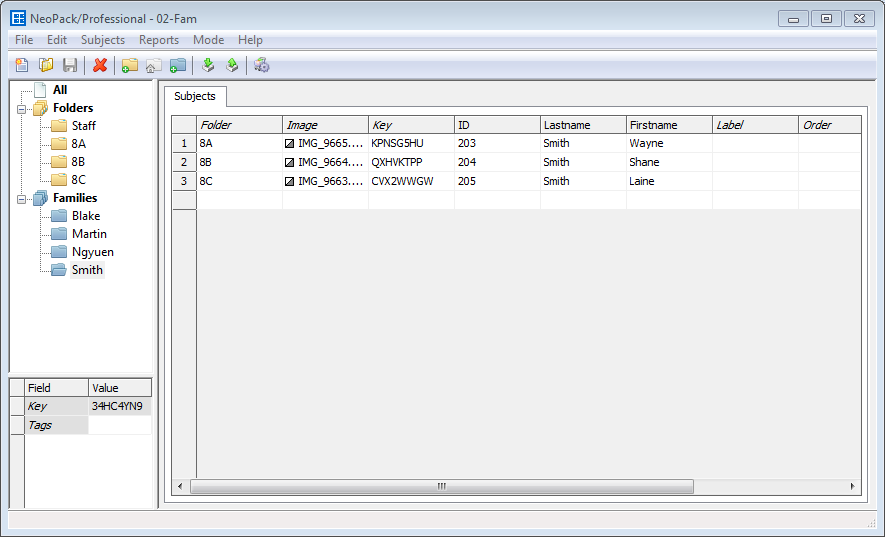 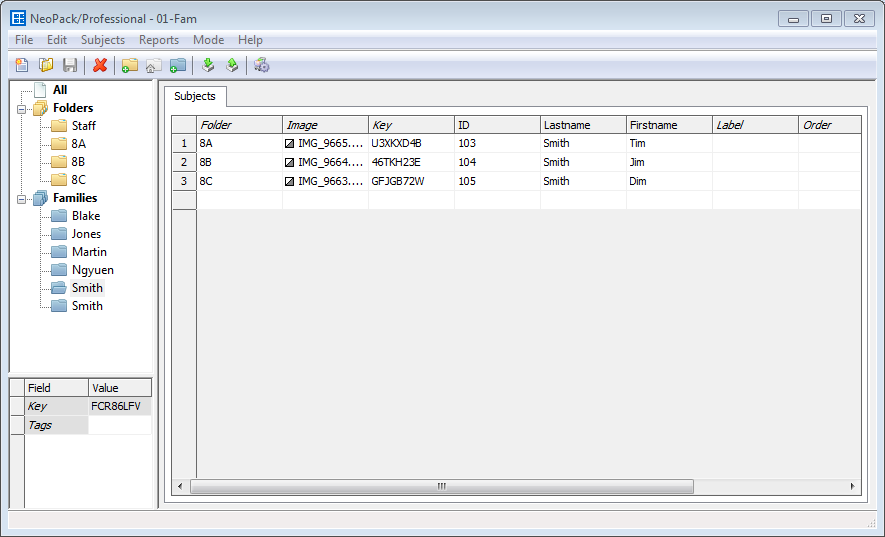