Composites and Groups in NeoPack

For the sake of simplicity, composite pages and group pages will often be collectively referred to in this article as 'group pages'. In addition references to NeoComposite and NeoGroup apply equally to CompositeBuilder and GroupBuilder. It also very important the reader make the distinction between groups from NeoComposite and NeoGroup and group images matched to a folder in NeoPack as used for memory mates for example.

Printing group pages from within NeoPack offers many advantages. Principally it means a subject's group pages can be printed together with the subject's portrait packages thereby helping in the packaging and delivery of subject orders. Alternatively, new filters in Queue Mode allow the user to filter the queue for the group pages only, allowing them to be printed as a batch.

Perhaps the greatest advantage of this functionality is the ability for group pages to appear on NeoPack templates. For example, in the past when a user wished for a group to appear on the same page as a subject image they were required to render the group out of NeoComposite or NeoGroup first then import it into NeoPack. A new template object in Version 4.6 of NeoPack allows finished group pages to directly appear on a NeoPack layout. This creates the possibility of creating products such as photo books and yearbooks from within NeoPack itself.

On the other hand the NeoPack template could have a single image hole covering the entire page, calling a composite or a group. This means group pages can effectively be added to a package in an offer as a portrait type product rather than a group or composite product. One advantage of this approach is the package could then have a customer version to display the group in IOS. Moreover by combining this new functionality with subtypes and versions it becomes possible to easily offer different group designs as different packages.

Group pages must be formed in their respective programs before they can appear in NeoPackProfessional. Orders may be entered that include group pages at any time but until the group's pages are formed they will not appear in NeoPack. (It is envisaged future versions of NeoPack will allow for the forming of composites and groups directly. At that time NeoComposite and NeoGroup will be deprecated.

Group pages will not appear in NeoPack until they have been formed in NeoComposite or NeoGroup. Note it is not necessary to have a NeoPack template for a group to appear in NeoPack. The subject merely needs to have ordered a group and it will appear in the NeoPack queue.

As indicated above, one of the main advantages of the new functionality is that group pages appear in NeoPack's Queue Mode and therefore can be printed from within NeoPack itself. New filters in Queue Mode allow the group pages to be isolated and printed as a batch. Alternatively they can be printed with the subject's portrait packages thereby facilitating sorting and packing. 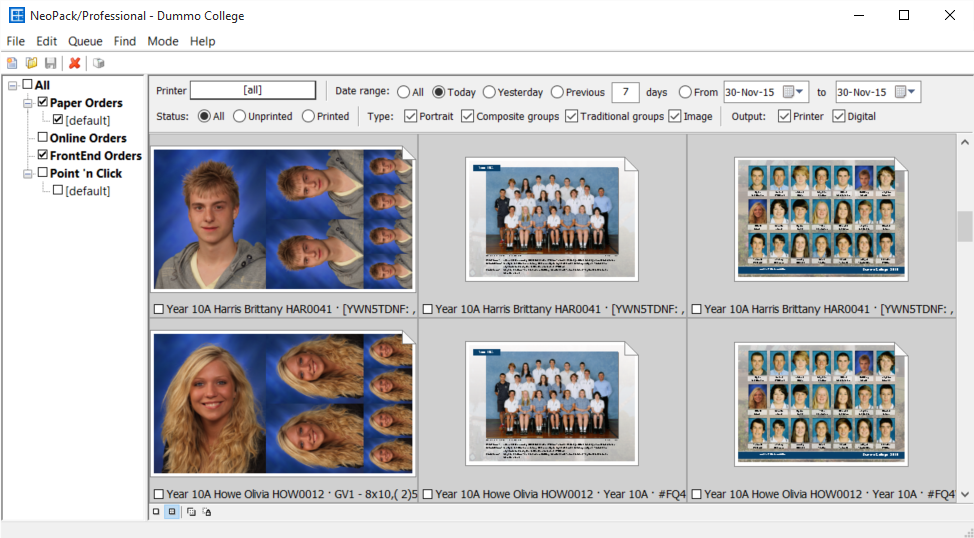 When printing group pages in NeoPack, the software will check for the existance of NeoComposite or NeoGroup license. It will not use that license but simply check that the user owns one.

Adding a group to a NeoPack template

It is possible for a pack layout to contain one or more group pages on the layout. The group can completely cover the layout or it can also contain all the 'regular' template objects such as image holes, graphics and labeled images.

To add a group page to a layout use the new 'Add Page' icon on the template designer's toolbar or access the same object via the Edit>Insert Object menu. A pop-up window allows the user to select whether to add a composite or a group and optionally their subtype, version and whether to include just the static version of the composite. Double click the object to once again pop-up the Add Page window.

It is also possible to add a group page to a pack item and an item sheet background. 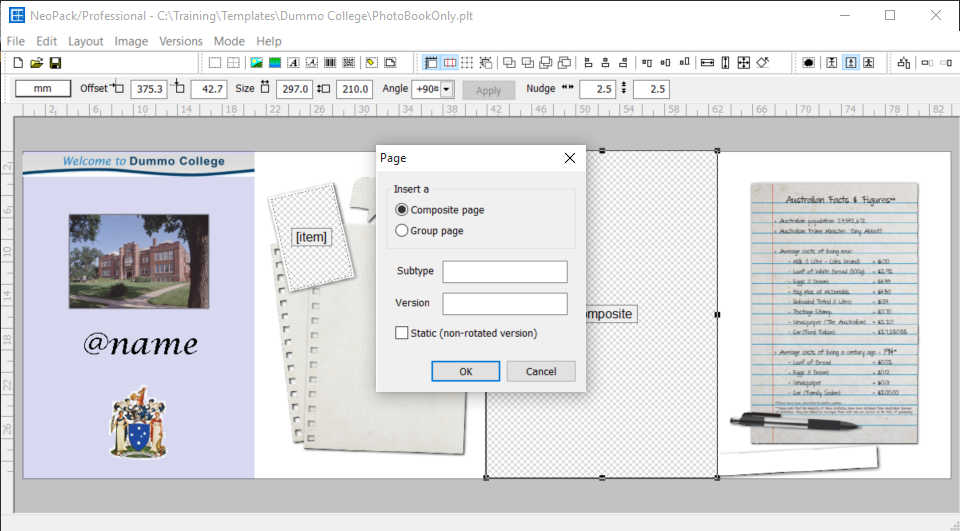 Figure 3: A pack layout with a composite page object

In order to avoid undesirable cropping of the group page, it is important to ensure the object on the template is the same size as the composite or group page formed in their respective programs. To this end it may be necessary to create a different subtype/version of the page for use on NeoPack layouts. For example a composite may be offered as an 8"x10" product but is needed as a 5"x7" image in a photo book. 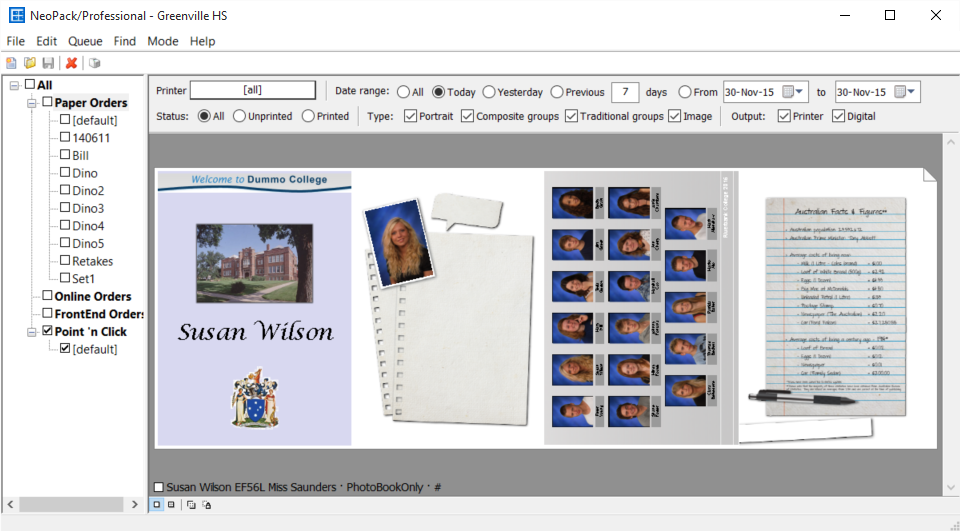 As seen above NeoPack is aware and supports subtypes (NeoComposite and NeoGroup) and versions (NeoGroup). This is mainly used when a NeoPack layout requires the group to be of a different size and/or different design to that of the group being offered elsewhere.