Changing the case of data

A There may be occassions when the user wishes to change the case of the data in one or more of the subject fields in Details Mode. For example the data may all be in upper case (since this was the case of the text file provided by the customer) and yet output requires the data to be in "name" case where the first letter only is capitalized

With Version 3 (and later) it is possible to change the case in Details Mode>Edit>Change field case ... 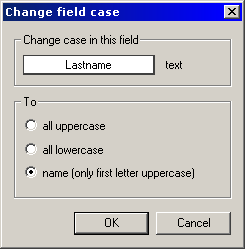 Figure 1: Changing the case of the Lastname field

It is anticipated the most common use of this feature is to change subject names from one case to another. With this in mind it is necessary for the user to understand how some names are handled when changing from upper or lower case to name case

Mc as in McDonald, McKenzie

When the software encounters Mc as the first two letters of a name it will always capitlaize the third letter.

Mac as in Mackie, Macey

Names beginning with Mac cannot be treated in the same way as Mc since there are too many situations where the fourth letter should not be capitalized such as Mackie, Macey,

Names with spaces as in Van Der Haar and Van Essen

The first letter after a space will always be capitalized